One of God's Lovely Creatures--an Egret in Flight 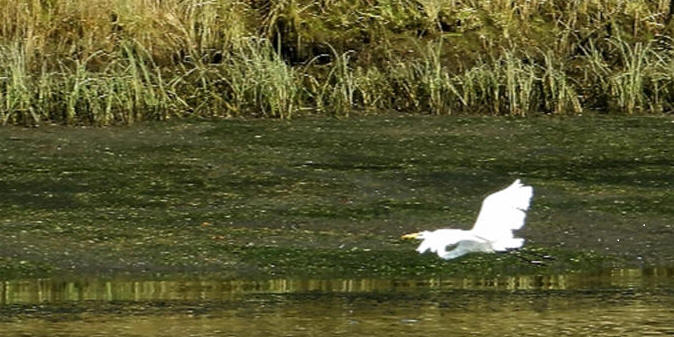 It is my belief that one of the greatest fallacies of Christendom is the tenet that Jesus died for our sins. If you think about it even only a little, you have to come away wondering how that could be?

The first time I wondered about it was due to being a bachelor father.  It became one of the issues that drove me away—not from God or Christ, but from the church. Here’s why…

I knew in my heart that I was a far cry from being perfect person; I wasn’t even a very good father. I loved my kids, but I was strict to the max.  Make no mistake, I would have given my life so that they could live, but I was harsh. I didn’t mean to be, but it was the way I was raised and I mimicked my dad. However, as bad as I was, I knew this: I would never punish one of my children for something someone else had done. Only the guilty child would have been punished.

This is exactly what the sacrificial theory is based on—Adam and Eve’s sin in the Garden of Eden. From that time everyone is supposed to have been born in what came to be called “Original Sin.”

This is how that came about. Based on the Biblical accounts, Eve committed the very first sin when—enticed by Satan in the form of a serpent—she ate the fruit from the Tree of Good and Evil that stood in the very center of the Garden of Eden. She tasted it, liked it and knew it was good. Later, when Adam came looking for her, she offered him a bite and he, too, ate of it.

The problem was that God had forbidden them to eat of it by telling that they would die when they did. Now that part is true, for when they ate of this metaphorical fruit, they died to ignorance, becoming what we are today, sentient human beings knowing right from wrong; we became beings able to think in the abstract and make logical conclusions; we became beings with imaginations.

In other words, we became the smartest animals native to this world.

The Bible then tells that they were then driven out of their idyllic existence in the Garden and into a world of harsh living conditions; into a world of right and wrong. And because of their transgressions, all their descendants would bear the blame (sin) of Adam and Eve’s disobedience.  Eventually this became known as “Original Sin,” meaning that every child, fresh from the womb was already guilty of sin before they even had a chance.

That, in brief, is what original sin is based on, and it goes all the way back to the very early church.

In Jesus day (and way before) all people made regular sacrifices to appease (bribe) the gods.  Although Jews acknowledged the existence of other gods, they only made sacrifices to one: Yahweh.

Based on this knowledge, this is my theory—and it makes logical sense: The people who knew Jesus best, truly loved and were constantly amazed by Him. They knew that He was not simply an ordinary man, but a Son of God. So, in their minds there was no logical reason He should die—unless it was because He was the ultimate sacrifice...the sacrifice that finally absolved and eliminated the sin of Adam and Eve.  This only makes sense when we remember that ancient Judaism—the faith of early Christians—was a belief which sacrificed animals in order to appease God.

To these early followers it only made sense that God so loved humanity that He was willing to use His own Son as a sacrificial offering. Eventually this theory evolved into a tenet that all children were born with original sin and that only those who believed and accepted Jesus as their Lord and Savior could be saved. This was done through the rite of Baptism, which washed away original sin.

Alternately, those who were not baptized into the “true” religion were doomed to go to hell when they died.

Which brings up two more questions: (1) Is there a hell, and (2) Does baptism do anything.